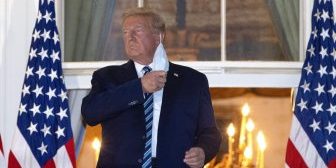 A proposal to build an affordable housing unit in the community of Ogden was given the go-ahead by Calgary councillors on Monday evening.

City council voted in favour of changing the current land-use designation for the site of the proposed Ogden Family Housing development at around 10:30 p.m. following a marathon meeting that began at 9:30 a.m.

The four or five-storey mixed-use building will be constructed at the site where the Ogden United Church is currently located, at 7401 – 23 St. S.E., and will include a child care centre, community kitchen and 24 two and three-bedroom affordable housing units to be operated by the Mustard Seed.

The affordable housing units will operate above the Ogden United Church, which will continue to be located on the main floor of the building.

“Out of our community hubs we run the same services we run everywhere, which is basically appointment programming, helping them with advocacy — which really helps them to kind of be able to get the help they need and get them through all the services they need help with. The other thing that we really love is the idea of being able to help people get employment,” Nixon explained.

Some Ogden residents are worried about both the size of the unit and increased street traffic.

“At this point, Ogden has really got a lot of low-income housing,” area resident Cara Sauriol said. “I mean, there are 50 per cent of the communities in the city that don’t have any, and we’re running anywhere from six to 24 per cent at any given time from what I’ve been told. So to have this go in… is it really appropriate?

“It’s on a very quiet corner. It’s huge and compared to the one and two-storey buildings around here it’s going to stand out like the Bow Tower plopped down in the middle of Heritage Park.

“I’m not even concerned about helping people this way,” Sauriol clarified. “If there’s a need, okay fine. But the building itself is in the wrong place. It needs to be on a commercial corridor like Ogden Road. Not here.”

Some who live in the neighbourhood complain they weren’t properly consulted about the new building.

According to the Mustard Seed’s website, the development is designed to “reinforce true meaning of what ‘community’ means — creating a space anchored in the betterment of the well-being of all residents of the community, both existing and new.”