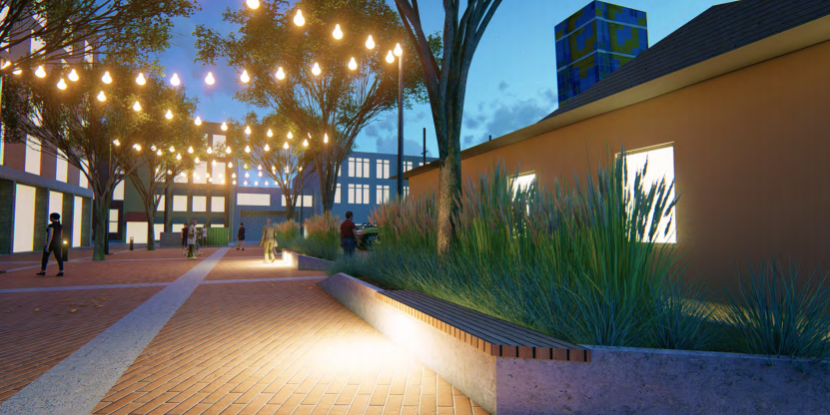 Project designs for a total revamp of a back alley in the core of Old Strathcona have finally been released to the public, although whether or not the vision will become reality depends on funding that goes beyond what the city has committed to.

The Old Strathcona Back Street project is included in the city’s Neighbourhood Renewal plans for the area.

The project has been in discussion for several years, but now the city said it hopes to move forward with construction by the end of next year. The plans were posted publicly earlier this week, nine months after they were initially shared with stakeholders and businesses in the area.

The back alley is located between Whyte and 83 Avenue and adjacent to Calgary Trail. The alley renewal will include pavement reconstruction and LED lighting upgrades.

“We’ve been advocating for redesign and redevelopment of the alley for three years,” Cherie Klassen, the executive director of the Old Strathcona Business Association said. “Since back-alley businesses started to open up into the alley.”

Sugared and Spiced Baked Goods was one of the first businesses to open up in the alley. The bakery announced this week it was shutting down its storefront to make business adjustments amid COVID-19, looking to update its website and move towards online sales.

“We thought (the alley project) was coming much sooner,” Jeff Nachtigall, the co-owner of Sugared and Spiced, said Wednesday. “So it’s a mixture of optimism and pessimism.

“Our business plan requires this project for our business to be successful. So we’re glad it’s going forward.”

Lindsay Harvey, a communications advisor for the City of Edmonton, said Thursday in an email that the draft designs that have been released shows what would be possible with full funding. The city would fund the pavement and LED lighting upgrades, but other features like additional lighting, trees, gathering spaces, artistic elements like murals and an upgraded road surface would required community fundraising.

Klassen said the Old Strathcona Business Association plans to spearhead some community fundraising, but COVID-19 has led to a delay in a launch.

“It’s about using and animating spaces that normally wouldn’t be used in a manner for the public,” Klassen said. “When we think of back alleys, we often think of about these dark, kind of dingy spaces that people don’t want to go. When you start animating them with businesses on the backs of them, making them more walkable, making them lit, having interesting spaces to sit. They suddenly become like a secondary main street.

“It’s an opportunity for us to enhance more spaces for businesses, and also to create interesting spaces for people to come that they wouldn’t experience anywhere else in the city.” 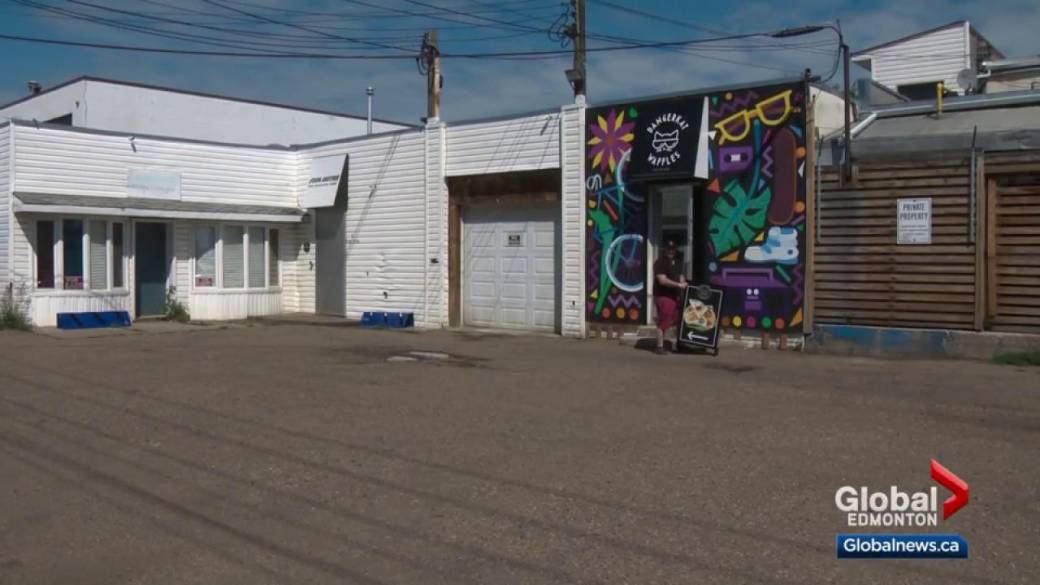 2:01
Growth of back alley businesses continues in Edmonton

Growth of back alley businesses continues in Edmonton

Nachtigall said Wednesday that while he’s excited about the upgrades, how much will be developed does depend on the community itself as opposed to city money.

“We love the whole concept,” he said. “But this kind of urban development requires all kinds of people to buy into it. Portions like the drainage and lighting, the city has in their budget. But some of the nicer features, the benches, extra trees, upgraded surface in the alley. Those are still on the businesses to fundraise for.”

According to Harvey, the city is also exploring funding opportunities through other city-led initiatives and community partnerships.

Harvey said the final designs, including any changes necessary due to funding changes, will be shared online in spring 2021.

Until then, business advocates say they hope the community rallies around the idea.

“We’re really just excited about the whole opportunity to make it more attractive and beautiful,” Klassen said. “It’s the whole project, we love all of it. I think that’s it’s just going to make an area of the city stand out like no other area in the entire city and put us on the map.”