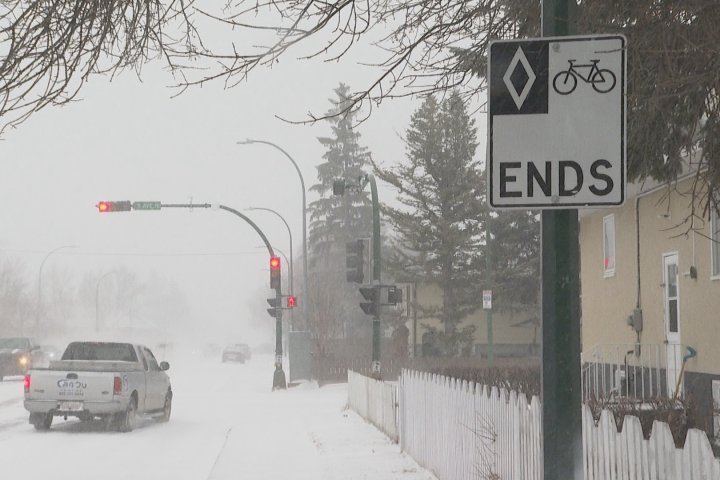 A planning and design study underway by City of Lethbridge staff is recommending more than $19 million in renovations for a pair of roads.

An update on The 13 Street / 5 Avenue N Functional Planning and Design Project was presented to members of city council on Thursday, sitting as the Civic Works Standing Policy Committee.

The study has been underway since early 2019 with the goal of increasing safety for all modes of transportation within Lethbridge, as well as encouraging a higher pedestrian, cycling and transit mode share.

The project includes large segments of 13 Street North and South, as well as 5 Avenue North, with an additional focus on the intersection of 13 Street and 16 Avenue South.

“They’re fairly old corridors that haven’t seen a lot of change to the transportation realm in a long time,” said Adam St. Amant, a transportation engineer with the city.

St. Amant says safety and parking were among the three big priorities voiced in responses during resident and stakeholder engagement.

“We’ve also heard the importance of making sure that we have some quality cycling connections north to south in the city,” he said. “13 street provides a major opportunity for this as its one of the few roads that actually run north yo south across the railway and the highway.”

Multiple segments of each corridor have been considered, with two to seven options laid out for each segment. Two options that would improve safety have been presented: protected cycling lanes and parallel bike boulevards.

The total cost for the recommended option — protected cycling lanes on 13 Street North and South, 5 Avenue North, and a roundabout at 13 Street and 16 Avenue South — has an estimated cost of about $19.17 million.

The second option presented is roughly $6 million cheaper, and would utilize parallel bike boulevards in the three areas, and a traffic signal at 13 Street and 16 Avenue South.

The project aims to align goals from a number of city initiatives, including council’s strategic plan, the municipal development plan, the transportation master plan and the cycling master plan.

Residents and stakeholders took part in engagement both in person and online from May of 2019 to September of 2020, with more than 2,400 total respondents.

Next steps for the project include completing the functional planning study and presenting the final study to the Civic Works SPC, before bringing the information to city council with a request for the project to be adopted. The goal is to include the study in the next round of Capital Improvement Program (CIP) funding discussions in May.

“The idea right now would be to wrap up that functional planning study, get those high level designs done, and then bring this back,” St. Amant said.

A complete look at the study and recommendations is available on the city’s website.