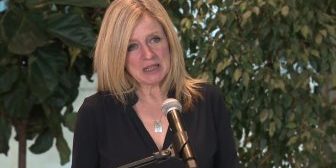 The travel industry remains one of the Canadian economy’s hardest-hit by the COVID-19 pandemic, but over a year after the country’s first cases began appearing, most of its major sectors have received no specialized government support.

“This is the worst time in airline history, and they’ve laid off over twenty-five, thirty thousand people in Canada — Porter has not flown since last March,” Karl Moore, a professor at McGill University and travel-industry analyst, told Global News.

Moore suggested the major reason Air Canada, WestJet, Sunwing and Air Transat agreed to suspend their flights to many vacation spots was likely to finally win a financial support package from Ottawa.

“For them to do this shows that they are negotiating with the government,” he said.

While hotels have received limited support in some parts of the country, there is another group of key players in the travel industry that say they still have been left in the dark: travel agents.

Isabelle Marchand, a franchise owner of the Voyage Vasco travel agency in Sainte-Agathe, Que., said it has been challenging keeping customers up-to-date on changing regulations on pre-arrival tests, post-arrival quarantine and other restrictions when agencies themselves have had to find out about any updates through the media, as they happen.

While few travel agents have made much commission in nearly a year, there have been trickles of business. Marchand says many of her bookings lately have been with people who have legitimate reasons to travel, not those looking to go on vacation.

She said she would much rather the few people that genuinely do need to travel right now make those arrangements through a professional like her, rather than rely on navigating the often-complex rules of travelling in the age of the coronavirus online by themselves.

But despite the newly-announced restrictions on non-essential travel, which include a mandatory supervised hotel quarantine at the expense of returning travelers, leaving Canada for non-essential reasons is still technically allowed.

While Canadian airlines have agreed to suspend their flights to sunny locales in Mexico and the Caribbean, the agreement does not cover many other popular vacation destinations, including Brazil, where a World Health Organization (W.H.O.) designated “Variant of Concern” known as P.1 is running rampant.

What’s more, flights from Montreal’s Trudeau Airport to destinations in Mexico and the Caribbean are still available from non-Canadian airlines: Mexican Aéromexico’s website boasted a $532 round-trip fare to Mexico City on their website on Saturday morning.

News of that came as a surprise to Marchand, who told Global News she had been trying to re-book several travellers back to Montreal with the airline earlier in the day.

“We have Canadians that are there — a lot of people are going, Mexico is the new Florida right now, for people,” she said. “From the information that we got this morning, we were having a hard time finding flights from Mexico to Canada.”

Aéromexico did not respond to a request for an interview from Global News, and by the afternoon, several of their advertised deals from Canadian airports to various Latin American destinations had disappeared from their website. The $532 Montreal—Mexico City itinerary, however, remained.

If anyone in the travel industry stands to gain from Canada’s new travel rules, it is almost certainly the travel industry, who stand to make a lot of money from returning travellers soon to be forced into a supervised quarantine at a cost of around $2,000.

“This will help them a bit, which is good,” Moore explained. “They need the revenue, and we need hotels.”