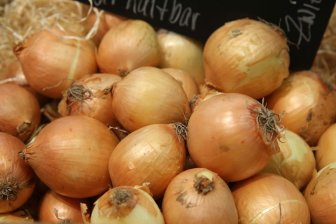 TORONTO – A team of 60 engineers from the University of Waterloo competed against teams from across the globe on Thursday, hoping to impress NASA with their retrieval robot.

NASA’s Sample Return Robot Challenge kicked off with small mechanical creatures searching through an 8,000-square-metre park at Worcester Polytechnic Institute in Worcester, Mass. to track down and collect geological samples.

The competition’s objective is to encourage innovation in “autonomous navigation” and “robotics technologies” to improve NASA’s missions both in space and on earth.

The treasure hunt-like event sees robots search for samples in a variety of environments – from hills to forested areas. The samples range in size and shape, from rectangular pieces to round, tennis ball sized objects.

Teams are awarded points for objects their robots successfully retrieve. The harder the object is to retrieve, the more points the team gets.

To make things really interesting, the robots are on a time constraint. For example, robots only have 30 minutes to retrieve an object and return to the starting platform in the first round of competition.

If they don’t make it back to the starting platform in time the team does not move onto the next round.

Here’s the team from Waterloo’s robot stopped on the platform, with sample in tow! @nasaprize @wpi_robotics#srrbot twitter.com/NASA_Technolog…

But it failed to make it back to the platform in time, so couldn’t advance to the second round.

Update: Waterloo completed the task, but did not stop in time on the platform. It has come the closest – collecting, returning and pausing

But the Waterloo team still considers the event a success.

In a tweet to Global News NASA’s Centennial Challenge said, “The sample was not stopped over the right part of the platform. But they performed wonderfully, and we are so proud!”

@nlynnbogart Correct. The sample was not stopped over the right part of the platform. But they performed wonderfully, and we are so proud!

The University of Waterloo Robotics team is made up of graduate and undergraduate students from mechanical, mechatronics, systems design, electrical and computer and software engineering programs.

While most teams consist of just a handful of members, Waterloo believes they have an advantage with a team of 60 people.

“Our strategy has been to try many ideas in parallel and let them battle for supremacy,” said faculty adviser and team lead Steven Waslander.

According to the team’s profile on NASA’s website, this has helped them design a robot with Simultaneous Localization and Mapping technology, so the robot can “map and intelligently interact with its environment.”

The team used the same SLAM technology in its entry in the Mars Rover Challenge.

Even if they did qualify for the next round, Waterloo’s team wouldn’t have been eligible to win prize money: According to the rules of the competition, non-U.S. residents can compete but are not eligible for prize money.

This didn’t faze the team.

“There was no way around this from the organizers’ point of view, but we were so committed to the challenge that we decided to pursue it anyways, for the love of the game,” Waslander said.

No one won last year’s robot retrieval because none of the qualifying robots could retrieve samples in the allotted time.

“Last year, teams were finding their footing and tweaking their designs. This year, we have several teams that know what they’re up against, and they can’t wait to get back on the field,” Sam Ortega, program manager of Centennial Challenges, said in a press release.

“Improving this technology will be a huge boon, not just to NASA and space exploration, but also for countless applications here on Earth.”

During Thursday’s challenge one team made it through Level one, winning $5,000 (US).

Prizes for the winning teams range from $100,000 to $1.5 million, depending on the points scored from successfully collected samples.

Prizes are expected to be handed out on June 8, if competition objectives are met.