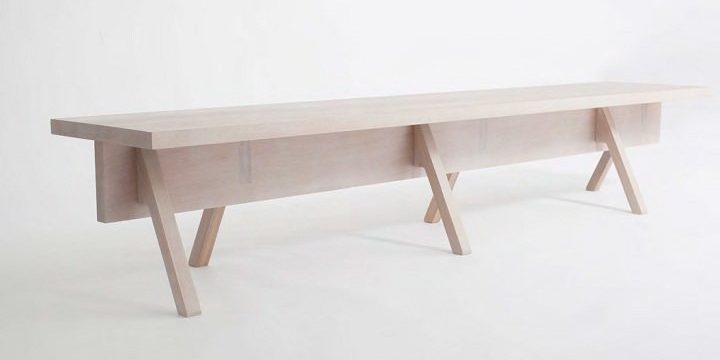 WINNIPEG – A new competition that aims to generate urban design ideas and implement the best one launched Thursday with the unveiling of 17 “celebrity chairs.”

Chair Your Idea is soliciting proposals for urban design projects, with $30,000 available to fund the realization of the winning idea. It costs $25 and a white chair to enter; each idea must be presented in 140 characters or less (the length of a tweet). The chairs and ideas will be placed in public spaces to give others a spot to congregate and discuss ways to make the city a better place.

The custom-designed chairs unveiled Thursday will also be scattered in public spaces, each accompanied by an idea fielded by one of the 17 celebrity chairs.

Bowman’s idea is to create a skating rink in the Exchange District to transform Old Market Square into a year-round public space that would complement the River Trail.

His chair, designed by Thom Fougere, is an eight-foot-long bench that is similar to the seating at hockey rinks.

“The bench is a platform for sharing with others and can act as an outlet for the mayor to exchange ideas and thoughts with the community,” Fougere said about his design.

Kovacs’ idea is to install functional seating and tables along Broadway to make lunch along the shaded Winnipeg thoroughfare more enjoyable.

“Just like every chair on display, every idea is so different and creative. I can’t wait to see what other ideas people come up with to make Winnipeg a better place to live,” Kovacs said.

“The seat is divided by diagonal fins that invite two people to sit facing each other in conversation,” Riediger’s description of the chair states. “This configuration is inspired by the personal investigation and dialogue Eva Kovacs uses to reveal the stories of individuals who define our city.”

More details about the competition can be found at Chair Your Idea’s website. The competition will close Sept. 17 and be celebrated with a block party on Sept. 19, where the winner will be announced.